Their failure is far more dramatic than meets the eye.


Firstly, it makes any future initiative brewed in Washington DC more difficult to launch. It probably gave the Oslo paradigm a kiss of death.


It leaves us, Palestinians and Israelis alike, deprived of a hope to see a change in the foreseeable future, unless new fundamentals are introduced. Leaks from DC made it clear: Netanyahu ruined it. He spared no effort to generate a blame agenda against his Palestinian adversary, and at times against the Obama administration as well.

Where does it leave us? Stalemate is the desired state of affairs for Netanyahu. It allows continued and escalating encroachment of settlements on the West Bank and East Jerusalem. More than 13, new flats were recorded under different stages of planning or construction while Kerry Initiative was underway. This means a boost of 60, new inhabitants, or a 10 percent increase in the settler population.

But stalemate is the toxic environment in which violence sprouts and could escalate by dangerous proportions. April 29 th faded away unceremoniously, and so did the Kerry initiative. Kerry is taking a step back, prioritizing other diplomatic fronts. Netanyahu and his hawks are probably rejoicing. But the next battle for Israel is already being fought far away from home.

It is the psycho-political space of legitimacy, de-legitimization, counter-occupation diplomacy, and above all, the shame game of apartheid. Kerry was quoted recently in a closed meeting, warning against the inevitability of Israel turning into an apartheid state if the two-state solution is aborted. Official Israel cried foul. Israel is not an apartheid state, for sure, and Kerry was obliged to issue statements of apology for his choice of words. However, in the West Bank we see manifestations of an apartheid-like regime, which are cause for grave concern. Like in South Africa, the population balance sheet in the West Bank shows five times more Palestinians than Israeli settlers. 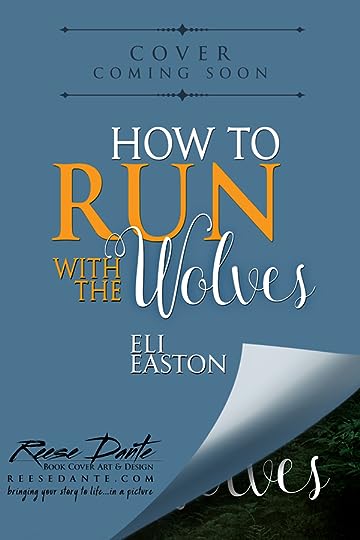 However, the Israelis perceive themselves as the majority which rightfully embraces the hegemony in every aspect of life. The Palestinians are under military rule and have no political say over their future. In every aspect of life, the security considerations in regards to settlers are paramount.

Had the occupation been a temporary and transitional stage on the way to a negotiated solution, the stark differences in the treatment of Palestinians and Israelis could be tolerated. This can take an ugly shape: the shame game. Advocacy against manifestations of apartheid in the West Bank and East Jerusalem would be aiming to enhance world awareness of the moral aspects of occupation. This is where Israel is vulnerable. This is where the Obama administration failed.

The Kerry initiative fell prey to its own self-constraints in applying political pressure.

The blame game | The Japan Times

In an exercise of blame denial, Israel is now destined to resort to shame denial. Apartheid South Africa did not survive that. A lot of work goes into creating articles like the one you just read. But we still need to pay for editing, photography, translation, web design and servers, legal services, and more. Security establishments including some politicians of the region have not yet felt the pang of conscience and looked beyond short-term gains before maligning others.

Before we analyze the usual blame game on Bangladesh, let us just delve more into the continuous terrorist attacks happening within the borders of India. The long simmering Ayodhya crisis finally culminated in a terrorist attack on the site of the 16th century Babri Massif -Ram Janmabhoomi Hindu temple in Ayodhya on July 5, Three explosions went off in the Indian capital of New Delhi on October 29, which killed more than 70 people and injured at least others. A series of blasts occurred across the Hindu holy city of Varanasi on 7 March In Sep , at least 37 people were killed and injured in a series of bomb blasts in the vicinity of a mosque in Malegaon, Maharashtra and in May , 13 people were killed, including 4 killed by the Indian police in the rioting that followed in the bombing at Mecca Masjid, Hyderabad.

India has hundreds of thousands of miles of railway track, and over 14, trains crisscross the country every day. These are tempting targets for many of the terrorist groups operating within India and attack on trains, whether direct assaults, bombings or deliberate derailing through sabotage are common. Andhra Pradesh is one of the few southern states affected by terrorism and it stems from the People's War Group PWG , popularly known as Naxalites which has been operating in India for over a few decades.

The group is also active in Orissa and Bihar. PWG is a Maoist terrorist organization and labor rights are one of its primary goals. The group targets Indian Police, multinational companies, landlords and other influential institutions in the name of the rights of landless labor. Perhaps the most significant insurgency started in Nagaland from the early s.

Bodos in the state demanded for a separate Bodo land and the government in Delhi gave special administrative autonomy much to the chagrin of the Bodos and consequently led to clash between the Bengalis, the Bodos and the Indian military resulting in hundreds of deaths. The ULFA has carried out over hundred attacks in the region targeting the Indian military, political opponents, police, railroad tracks, and other infrastructure facilities. Then suddenly it started blaming Bangladesh for every terrorist's activities in India knowing fully well that the root cause of most of them were social injustice and economic deprivation.

This has also something to do with the BJP when it started all this as xenophobia against the Muslims in India and the so-called issue of large-scale migration from Bangladesh. Maybe we will get a chance for better collaboration, even adaptive co-management as the Resilience Alliance folks call it. A key question: Is it really possible, or remotely likely that the US Forest Service or any other large government bureau will ever be able to move beyond the blame game?

Dave- you have given us a lot to think about and order from the library. Jointly control tasks. Make protection of self and others a joint enterprise. Craft positions or behaviors into action strategies that openly illustrate how the actors reached their evaluations or attributions, and how they crafted them to encourage inquiry and testing by others. This sounds like a FACA committee to me.. It is a joint enterprise of all of us. Anyway, I will look some more at your cites. The first principle for a new planning rule that is listed in the December 18 Federal Register notice is the idea that plans could address the need for restoration and conservation to enhance the resilience of ecosystems.

A challenge for us will be to embrace those terms, but do it in a way that we engage in the type of conversations that Dave is advocating. Most definitions of restoration ecology explain that the science is based on studying ways of renewing degraded, damaged, or destroyed ecosystems through active human intervention. But before we can apply the concept of restoration to Forest Service planning, we first have to admit that we have ecosystems that are degraded, damaged, or destroyed. Since most of these lands were in the hands of the Forest Service well before they were developed, the identification of degraded lands might imply that some line officer along the way did something wrong.

In upcoming meetings, how do we engage in this conversation on the planning rule Notice without becoming defensive? How do we get the dialogue to focus on the potentially severe ecological crises that are described in the Notice?

Gumball - Books Are The Enemy - The Blame - Cartoon Network

A widely used organizational development process in use today is appreciative inquiry, based on the work of David Cooperrider of Case Western Reserve University in the s. In the case of ecosystems, looking for degraded, damaged, or destroyed ecosystems will lead to the discovery of more degraded, damaged, or destroyed ecosystems. But a different approach might be to discover the values, roles, and contributions that National Forests are providing today, and build upon those. We have systems ecologists, landscape ecologists, conservation biologists, etc.

To what condition? Given climate change, is that realistic? To me, buck for buck in terms of investment, the watershed folks have clear ideas of what they consider good and bad.